Earth Day turns FIFTY this year! And while the fight to defend our planet is still underway, and arguably more important now than ever before, it is still incredibly inspiring to think about how much progress has been made since April 22, 1970.

"It may be hard to imagine that before 1970, a factory could spew black clouds of toxic smoke into the air or dump tons of toxic waste into a nearby stream, and that was perfectly legal. They could not be taken to court to stop it." (Environmental Protection Agency)

Before 1960, policy makers, citizens, businesses and even scientists did not understand the ecological ramifications of things we now know - seemingly instinctively - to be detrimental to the environment: fossil fuels, poor waste management, litter, fertilizers and pesticides, dumping chemicals into waterways, etc.

By the late 1960's, smog was becoming problematically rampant in industrial cities, as illustrated by this photo of Pittsburgh at sunset. 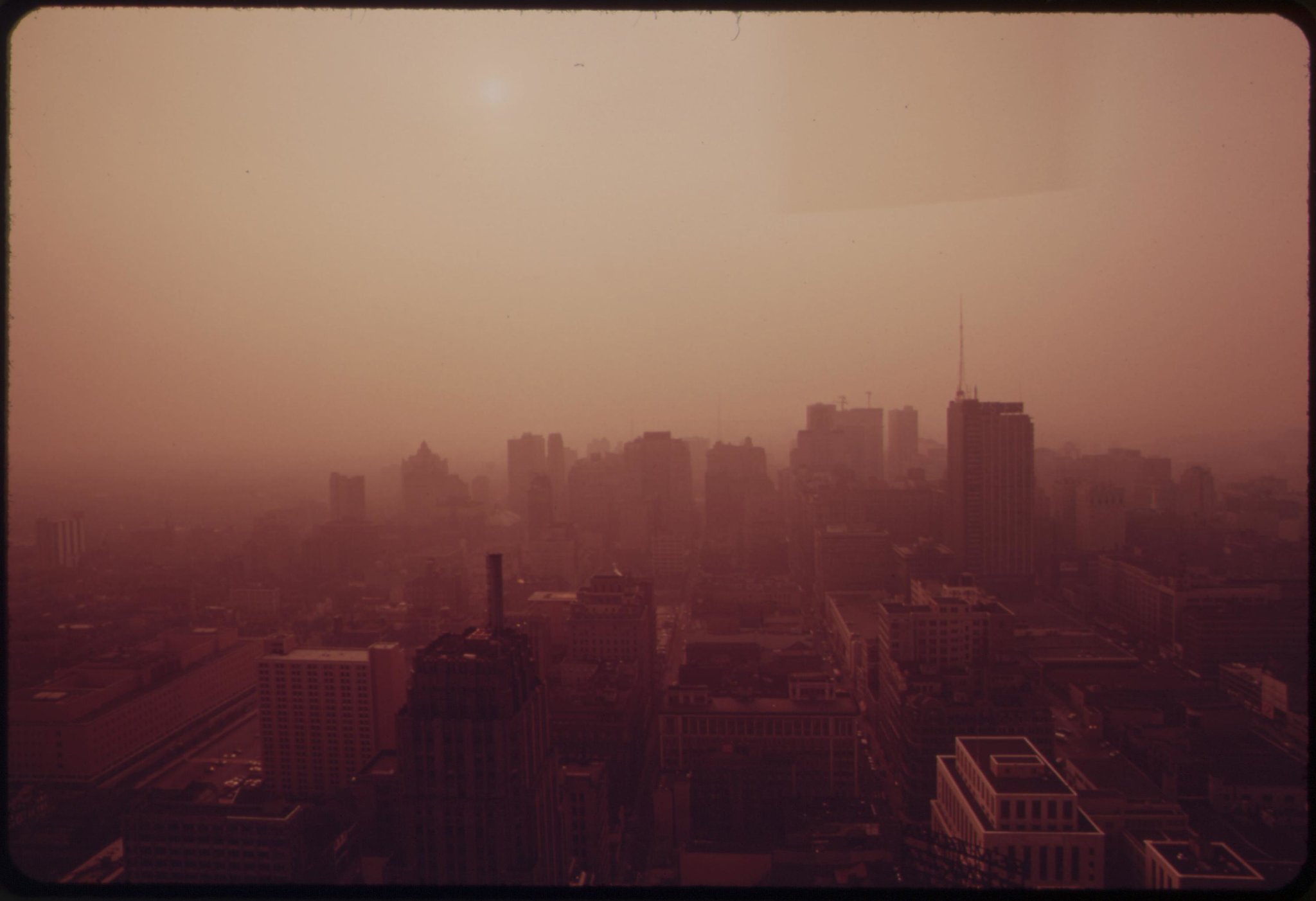 In 1969, events such as the Santa Barbara oil spill and the fire on Cleveland’s Cuyahoga River further highlighted the risks of industrial business as usual. 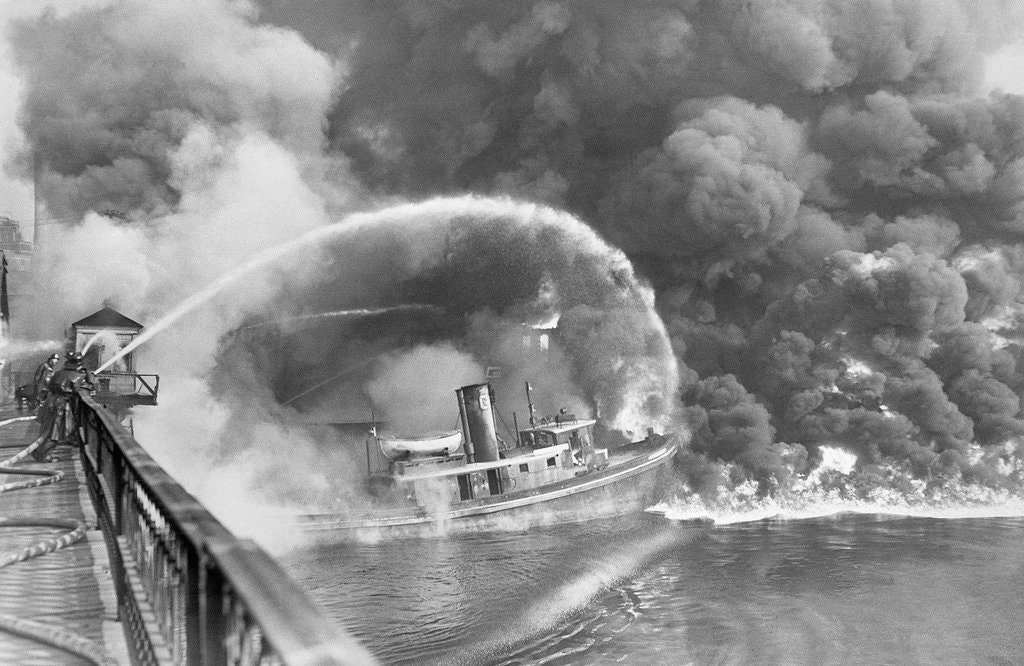 Despite the growing public unease at this time, public opinion polls in 1969 still showed that less than 1% of the American population considered environmental protection to be an important goal of public policy.

Wisconsin Senator Gaylord Nelson was elected into office in 1962, and worked tirelessly but unsuccessfully to put the environment on the agenda of lawmakers for seven years.

Having made no progress, he realized he had to work through people rather than appealing to policy makers directly.

In the fall of 1969, Nelson announced the Earth Day concept at a conference in Seattle, asking the entire nation to get involved. Senator Nelson then hired Denis Hayes, a recent graduate of Stanford, to serve as Earth Day’s national coordinator.

This was just the spark needed to ignite a movement. Nelson reflected on this moment later, saying “The wire services carried the story from coast to coast. The response was electric. It took off like gangbusters. Telegrams, letters and telephone inquiries poured in from all across the country. The American people finally had a forum to express its concern about what was happening to the land, rivers, lakes and air—and they did so with spectacular exuberance.”

Many attribute the ultimate success of that first Earth Day to this New York Times full page ad, which was responsible for informing and mobilizing so many citizens.

April 22, 1970 was a momentous day. Small, independent and isolated groups who were fighting for their unique environmental causes could come together at last. Rallies were held in most American cities, including New York City, Philadelphia, Chicago, Washington DC and Los Angeles and most other American cities. 5th avenue was actually shut down in New York City. Congress went into recess so its members could speak to their constituents at Earth Day events. 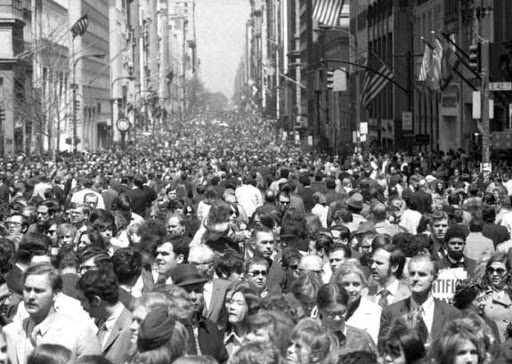 According to Nelson, “Earth Day worked because of the spontaneous response at the grassroots level. We had neither the time nor resources to organize 20 million demonstrators and the thousands of schools and local communities that participated. That was the remarkable thing about Earth Day. It organized itself.”

The Beginning of the Decade of the Environment

That first Earth Day is often considered to have ushered in a decade focused on much needed environmental regulation, resulting largely from major shifts in public perception on the topic.

According to the Environmental Protection Agency, “Public opinion polls indicate that a permanent change in national priorities followed Earth Day 1970. When polled in May 1971, 25 percent of the U.S. public declared protecting the environment to be an important goal” - up from less than 1% in 1969.

By the end of 1970, the Clear Air Act, Clear Water Act and Endangered Species Act were put in place (all of which underwent major and important revisions over the course of the decade). The Environmental Protection Agency was established in December of 1970, with a mission of protecting human health by ensuring clean water, air and land.

Earth Day Through The Decades

Since 1970, EPA regulations have truly helped curb some of the most pressing air and water quality issues (a good reminder when confronted with campaign speeches aiming to make life easier for businesses by dismantling these regulations!). 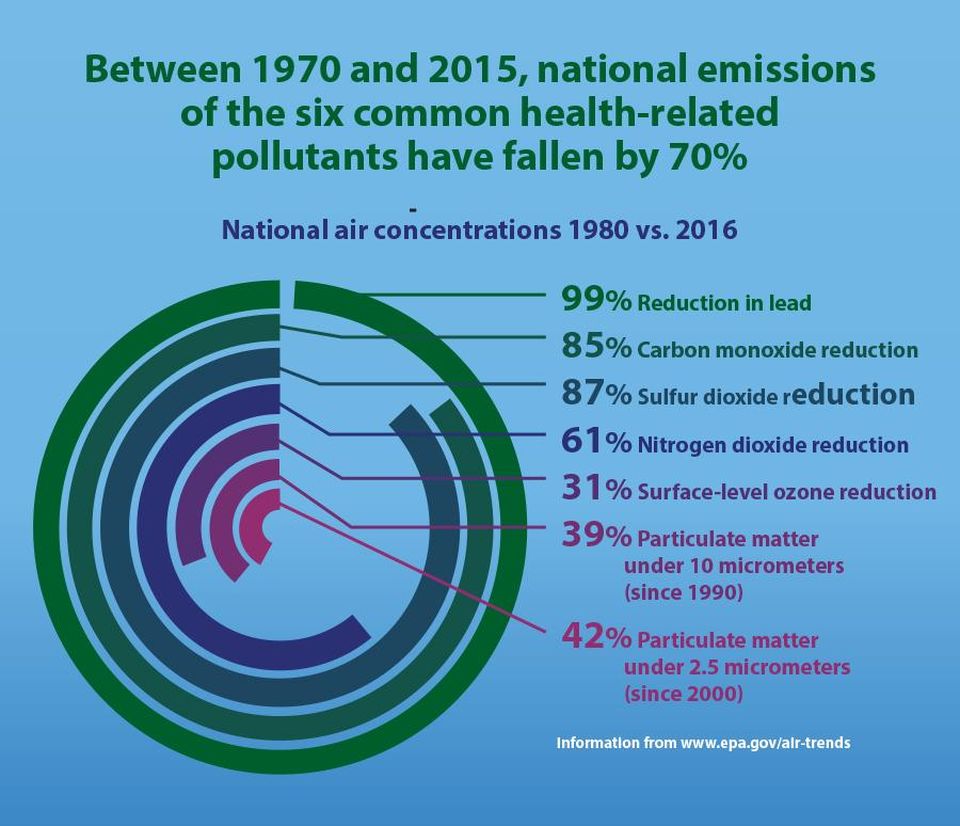 However, even as progress has been made, Earth Day has remained incredibly relevant in large part because it has evolved alongside the overall environmental movement.

In 2000, Earth Day refined its focus to be on climate change and clean energy. According to Dennis Hayes, "The world's leaders in Kyoto, Japan, in late 1997, acknowledged the scientific fact that the leading cause of global warming is carbon emissions from fossil-fuel consumption, and that something must be done to address those rising emissions"

Each year, the Earth Day Network selects a specific theme to serve as the focus for the day's efforts. Earth Day has had themes ranging from planting trees to eliminating single use plastics.

Today, Earth Day is considered the largest non-secular observation in the world.

50 years after the first Earth Day, much progress has been made, but so much more remains. The New York Time's 2020 Earth Day ad, sponsored by Earth Rise, reflects just this sentiment.

According to Denis Hayes, “Despite that amazing success and decades of environmental progress, we find ourselves facing an even more dire, almost existential, set of global environmental challenges, from loss of biodiversity to climate change to plastic pollution, that call for action at all levels of government.”

The Earth Day Network has chosen to focus Earth Day 2020 on Climate Change, through a series of campaigns that range from political advocacy to active clean up of our lands and waterways to grassroots science initiatives.  Learn more about these efforts.

In learning about the history of Earth Day, I find myself grateful for the environmental leadership and courage of those who launched the environmental movement and allow me and my children to live with cleaner air, cleaner water, and the ability to fight back when corporate interests threaten our health and safety.

I find myself alarmed at political dialog aimed at taking down these important and protective regulations in support of unchecked trade and industry.

There is a sense of urgency that the time is and has to be now - to make drastic changes in policy, business and individual behavior.

And most of all, the history of Earth Day is an inspiring reminder that movements like this can (and perhaps are actually the only way to) make lasting changes in our culture and policy.