There is something sumptuous about combing your hand through rich, live soil.

If you’re lucky enough to have a thriving, organic garden (or even an amazing home compost!) you know that feeling of joy when you see your dark, black soil teeming with worms and insects, soaking up water beautifully, letting plant roots grow strong and deep.

Healthy, thriving soil is an incredible resource for the planet and its inhabitants. Here are three direct and powerful benefits for humans.

This doesn’t begin to get into the ways healthy, thriving soil supports and protects plants, animals and biodiversity.

Healthy soil like this represented a lot of the Earth’s soil thousands of years ago, before modern agriculture and development took over.

Today, it is a rare and unique farm or garden plot with “humus” high in soil organic carbon.

Soil in the United States, which have been cultivated heavily for the past two hundred years, have lost up to 50% of their soil carbon. In areas of the world where cultivation has been going on for millennia, soil carbon depletion is much higher—up to 80 percent or more.

How is carbon getting released from the soil?

This largely happens when untouched “natural” land is cleared for agriculture.

In fact,  15-18% of all greenhouse gas emissions is believed to be a result of clearing lands for agriculture.

Once natural lands are cleared for industrial agriculture, the process - by design - kills the native plants grown on the soil and then turns living soil into dead dirt. These steps gradually release carbon from the soil into the atmosphere and into waterways as runoff.

While it is tempting to blame today’s modern agricultural regime and chemical companies for these woes, humans have been disturbing soils since the dawn of agriculture. 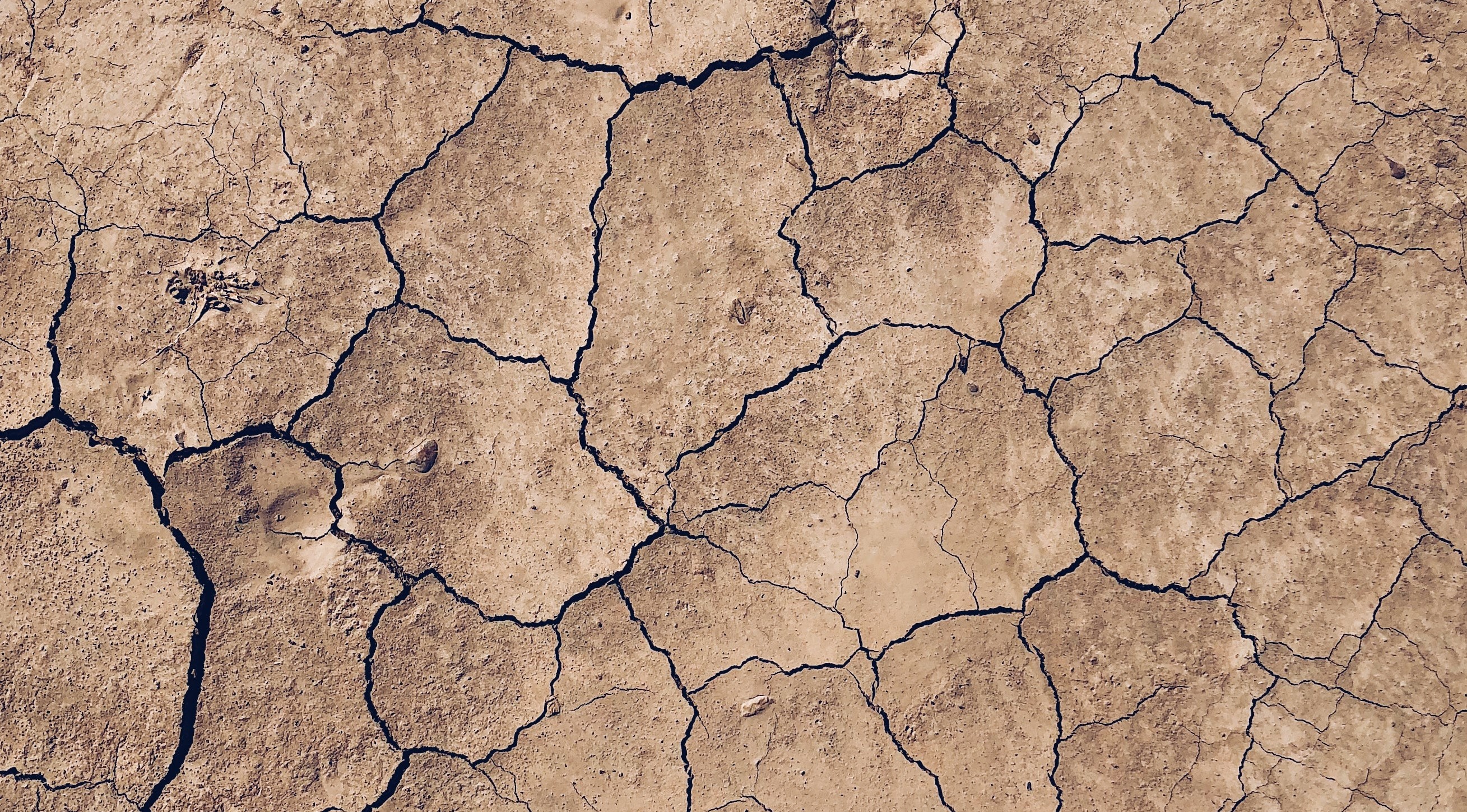 Desertification has been a theme throughout human history, with humans creating deserts like the Sahara through poor agricultural practices. Additionally, 75% of global deforestation actually occurred before 1850.

Carbon sequestration is now more readily seen as a key step in mitigating climate change. For many, myself included, there is a growing belief that soil holds real potential to help save us. In fact, several years ago,  EcoEnclose made the commitment to be a net regenerating business by 2030, knowing that investing in soil health would be the main strategy in achieving that goal.

All climate experts agree that we have to minimize the burning of fossil fuels in order to stave off global warming - this is absolutely essential.

But the exciting thing about soil is its potential to actually reverse global warming by absorbing carbon from the atmosphere. For every one ton of organic carbon sequestered into soil, an equivalent of about 3.67 tons of carbon dioxide are removed from the atmosphere.

Rattan Lal, director of the Carbon Management and Sequestration Center (C-MASC) at Ohio State University states that “The carbon in the soil is like a cup of water,” Lal says. “We have drunk more than half of it, but we can put more water back in the cup. With good soil practices, we could reverse global warming.”

Lal believes that 3 billion tons of carbon can be sequestered annually in the world’s soils. Many other experts and practitioners are even more optimistic. One scientist quoted in Ohlson’s book, The Soil Will Save Us, says we could offset all current CO2 emissions by sequestering carbon, through regenerative agriculture, on 11 million acres of idled land.

Reviving soils means changing the way we’ve been farming for the past several decades. Farmers and ranchers would use no-till, cover crop cocktails and employ mob grazing of their livestock. Farmers would move from monocrop operations to more diverse, permaculture practices. Strong composting systems would become an essential component to all agricultural operations. Households, businesses, golf courses would incorporate clover and other nitrogen fixing additions to their grass, while also planting a plethora of beneficial plants.

None of this is to say that soil health is ALL we need to focus on. Energy and resource consumption, transitioning to clean and renewable sources of energy that don’t release carbon into the atmosphere, protecting our oceans from acidification and plastic pollution, preserving supplies of clean and fresh water -- these are all essential components of the world’s fight against climate change.

But soil health - and the factors that support and negate this end goal - cannot be overlooked.

As a business or individual, what can you do to support soil health?

Here are a few steps to consider.

It seems that every sustainable decision is fraught with points and counterpoints.

Factoring soil health into sustainability decisions similarly adds new layers of complexity. With the research we have done, we have come away with two concrete decisions.

(1) We do not consider a plant-based plastic (such as PLA) that is conventionally grown through highly intensive agriculture to be a preferred solution to traditional 100% recycled plastic.

We are eager for the development of plant-based plastics that can be produced in ways that enrich the soil and land, or at the very least, do not ravage the landscape and waterways. This is the type of material we will get behind in a big way! We would also love to see these types of plastics being pushed forward by companies who aren’t foundational to the very agricultural methods that run counter to soil health.

(2) Just because something can be composted, doesn’t mean composting is the optimal end of life outcome.

Our shipping boxes and paper mailers are examples of packaging that is technically compostable - in a home or industrial compost. But please recycle it!

We should all be thoughtful about what we put into our compost, where it will end up, and how it will enrich or detract from our soils.